In a few of my posts this week I've mentioned that it has been a very busy week. It was a week of meetings promoting the project and bring into focus community needs in helping victims of abuse become survivors, then also helping victims find resources and support to become those survivors and finally also watching some of the #WhenIBecameFree survivors blossoming as they share their voice publically for the first time.

When I started the project I had no idea where it would take me and what it would mean to so many, including myself. I just knew that the stories were out there and they needed to be told to start the gears rolling toward positive change.

Tuesday evening I held a speaking event at Beyond the Daily Grind in my little city of Mauston, WI. in rural Juneau County. Originally I had scheduled the event to tell my story and the story of the project, but the more I watched the survivors bond and work in creating a resource in our community, Survivors Offering Support (S.O.S.) and Kelli's Haven, the more I realized they needed a platform to start learning how to get over those nerves in public speaking and especially in sharing something they hid for most of their lives, their truths. It is one thing for them to tell me their story to share with all of you and quite another to stand in front of an audience and use their own words and voice.  I opened up and altered the event to include some of them.

Never in my wildest dreams would I have ever thought that one day I would be a mentor in public speaking. When I was 30 years old I choked with fear over the thought of standing in front of a room of people looking at me, let alone them sitting there waiting to hear what I had to say. I didn't even want my bridal or baby showers because the focus would be on me. 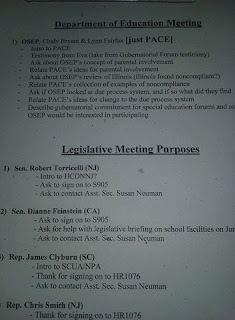 I always considered myself an observer of life and was perfectly happy sitting in the back row, watching everyone else. If it had not been the love for my child and my panache in summoning my father's spirit when I feel there is an injustice at hand, I would have never taken to a podium in the first place. That all happened when I organized a parent group for children with special needs and for the purpose of learning and advocating for their right to a free and appropriate public education as outlined in federal law, otherwise known as the Individuals with Disabilities Education Act.  I formed that group almost 19 years ago all because the school district my then 7-year-old son went to had the absolute gall to hide and then lie about services he was supposed to be receiving. Long story short, the speech therapy that was critical to his needs for an education were not being received and they held that fact from me and other parents of children with a need. The only reason I found out about it was that a teacher whispered in my ear, desperate for intervention and help to go up against administration. It awoke the activist beast in me and my Mama Bear Claws were ready and willing to address the issue. Before I knew it the group was formed, then joined a state-wide coalition and eventually a national effort - I was speaking in a lead role before audiences, conferences and at a Senate hearing in Washington D.C. I went from a voice shaking and knees buckling to a leader in a movement. It was whirlwind and all because of the love for my child....no one messes with my children.


Having had that experience, I learned the best way to get over those fears is to jump into the waters, you will either sink or you will swim. On Tuesday evening I provided the lake for the #WhenIBecameFree survivors and they SWAM!

It was a two hour event where I started off with talking about my story and the #WhenIBecameFree project. The topic of the event was Embracing Your Story. Three of the survivors then stood before the audience present and summarized their stories and what sharing their experiences has done for them and their healing journey. They did an incredible job. I know they were nervous, who wouldn't be? But, like I knew would happen, they stood strong. Don't fool yourself, when you've been a victim of living in the war zone of domestic violence or have had to find the strength to live another day after being sexually assaulted, you are stronger than most - you just have to take that step in believing in yourself to realize it all.

The survivors from the #WhenIBecameFree project who spoke were Kristie, Savannah, and Kelli. There will be more speaking efforts and as I go around sharing the #WhenIBecameFree story, I will do my best to include them and others who may want to share their story and are ready to do so. I say ready to do so because while we all have stories to share, they need to be at a point in their healing journey where any backlash stemming from being in the public's eye, like rumors, whispers and the judgments that will occur, cannot be a trigger for them and send them reeling back into isolation and self-harming ways. That is extremely important as their well being is always the first consideration.

So, yes - this has been an incredibly busy week for the #WhenIBecameFree project. I am exhausted from all that took place but more importantly, I am hopeful that the tidal wave of change is moving in bringing hope to others.

Included in that change is hopefully my transition from living in Wisconsin, away from my boys to move to Memphis, to be with my family. It is time for me to have back the joy I so incredibly miss, being able to sit at the table and having those family bonding conversations, creating positive memories for them and me. Life is short - too short to spend it yearning rather than living. So, with that, I must get my tired butt and sore joints up and going to get this fixer-upper house somewhat in order for a possible showing later today. I say possibly because I am waiting on the confirmation on what time the potential buyers will be here....I hope they understand that it has been a rocky road for me this past decade and my body just cannot keep up with everything. I guess that is my new insecurity to get over, living with stupid autoimmune disorders and worrying about what people think....another test in life. I think I have the strength to pass it.

Thank you to everyone who has supported the #WhenIBecameFree project. I cannot tell you how much it means to me that so many understand the mission and what a crowd-funded creative project is - It was a huge risk to go this route and without support and trust, I would not have made it as far as I have with the work I am doing. With that, I do need continued support so that I can complete the project, do those speaking endeavors and meet with survivors 1:1. It is a fulltime effort.

Please consider donating and know that it is truly appreciated!

I also need to thank the corporate sponsors who have climbed aboard and believe in the work I am doing: Wisconsin River Meats,  Benders' Family Restaurant, The Dirty Turtle, and the Fun Company Game Store for being official sponsors of #WhenIBecameFree. Give a like to their their Facebook page (click links above) and let them know how appreciative we all are that they are supporting survivors finding their voices! 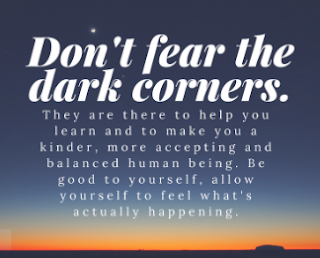